In Hispanic culture and families, cousins are actually de facto quasi-siblings. Anyway, once in a while, questions come up about what terms like "second cousin" and "first cousin twice removed" means. Not an easy explanation, but let's have a stab at it.

My cousin Gino (fictional) and I both have a parent that are siblings. That makes us first cousins. However, if Gino and I each had a son, then from what I had understood it, then those sons would be second cousins to each other. However, Gino's son would be "first cousin" to me because he is descended from my first cousin, but "once removed", or "one generation removed" from my first cousin.

However, after reading this entry on cousins from Wikipedia, I ain't even sure that Gino is my first cousin anymore...

Have a look at this chart from that entry: 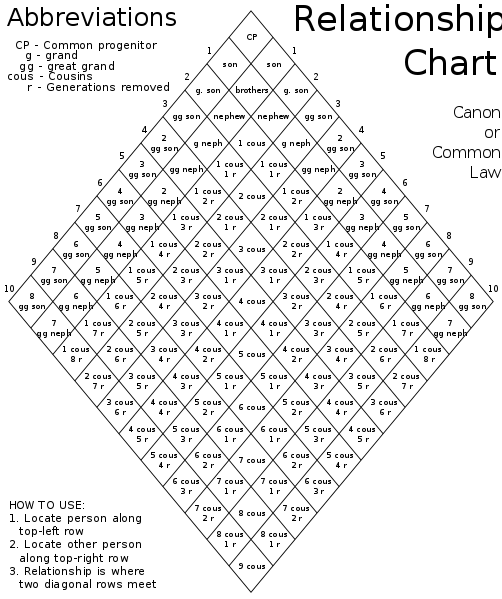